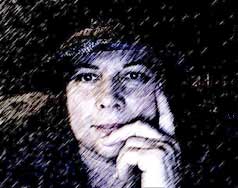 Jacquelynn Kresman is from beautiful San Diego, California. She has made it her mission to capture on canvas every inch of the captivating shoreline of her native state. Kresman, as she signs her work, has canvassed that seashore since she was a child, living just a block from the beach. Her artistic vision went naturally to the sea-conscious environment from which she sprung.

After studying Oceanography and Marine Biology at the world famous Scripps Institution of Oceanography, Kresman developed a carefully refined expertise in painting those water creatures that would later populate her detailed tidepool paintings. Kresman on occasion, has followed Neptune’s lure to other locales in his domain. Her brush and palette have stolen away scenes as disparate as the alluring tide pools of Puerto Rico to the Hawaiian Island curls so prized by the surfer.

Kresman’s art captures not only the beauty and softness of seascapes and tide pools, but also of mountains, waterfalls, sunsets, figuratives and landscapes.

Kresman has had exhibits at galleries in La Jolla, Rodeo Drive, Beverly Hills, and Carmel by the Sea.  Additionally, her work has been seen in many one-woman, two person and group exhibitions throughout the mainland United States, Hawaii and Puerto Rico.

The reviews devoted to Ms. Kresman, which have been published in a wide spectrum of art magazines and other publications, reflect the accolades elicited from her fans, critics and peers.